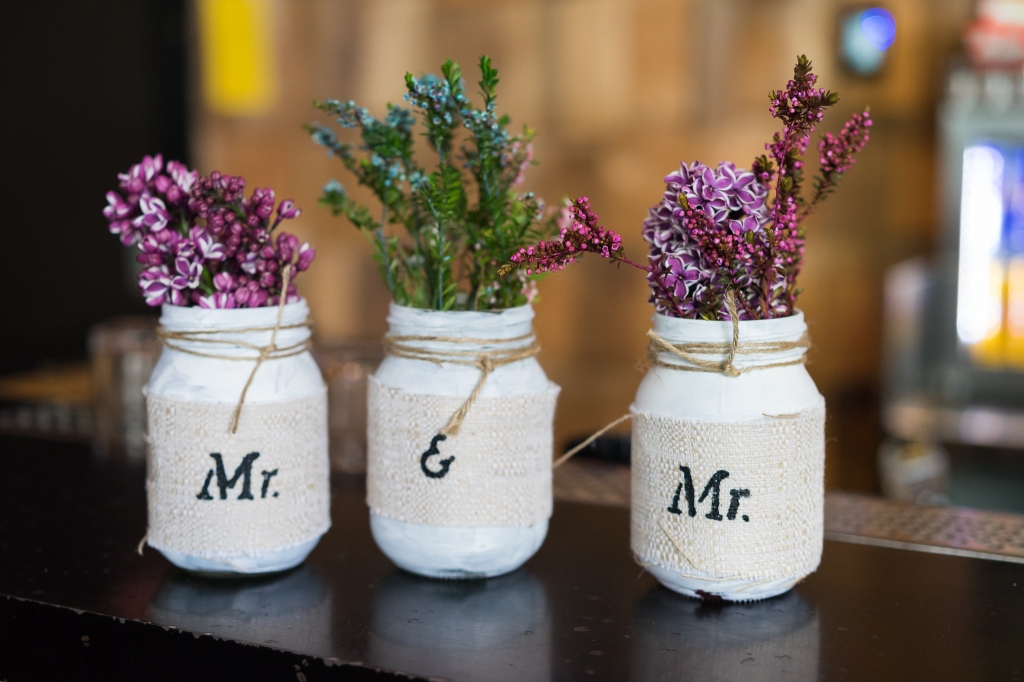 There’s no escaping the news, no avoiding the coverage, no relief from the fact that you’ve got a big decision to make.

This week you would have begun receiving forms in the mail from our government which ask you to voice your opinion on whether or not you support a change to the marriage act.

Today I’m asking you to give it a second thought.

I won’t go as far as to say that this form holds in it my hope for happiness for the future, because I have a pretty good life with incredible friends, family and opportunity, but what it does hold in it is a lot of power as to how my community and I feel in ourselves and in our relationships in this country.

This form, to put it pretty simply, asks whether you support changing the current Australian Marriage Act wording from ‘a man and a woman’ to ‘two people’ – thus allowing the gay, lesbian, bi and trans+ community to be a part of the married world.

I give a crap, a lot of people I know and love do too, and so, I’m writing to you today to tell you why.

I have been looking forward to my wedding day since I was about four.

Whether it was the ending of a Disney film, or watching someone I know walk down the aisle, weddings have long held an incredibly special place in my heart.

Two people, crazy in love, unable to wipe the smiles from their faces, celebrating with their friends and family on a day centring solely on love – it was something I always held in such high regard, and a day that since I was young, I had held in the back of my mind as one I always couldn’t wait to have as my own.

I threw that dream away when I realised that I was gay.

For twelve-year-old me, a gay man didn’t have a happy ending in this world.

Life was lonely, sad and short.

Back then all I knew about my ‘situation’ was that it wasn’t going to bode well for me.

Whether it was from stories on TV, or words I heard around me, being anything but straight was nothing to be celebrating.

But after battling through my teen years, and finally coming to terms with the fact that my fairytale romance was more likely to involve a prince than a princess, I realised that love existed for everybody, and it was there for the taking if you wanted it.

But then I was 19, and that dream was once again dashed as I found out that I couldn’t legally be married to a person I loved in my home country.

And my heart broke once more.

For me, marriage is both a goal to be striven for in a relationship, as well as that relationships starting line.

It signifies a couple reaching the pinnacle of love, trust, and togetherness – and is also the start of a new journey for their life and love together.

Love is shaped to our hopes and needs, and offers something different to us all.

It can be the start of a couple bearing children, it can tie a preformed family together, it can be two people in love, committing themselves to each other, legally, forever.

Marriage has also grown over time in both meaning and in law.

Hell, marriage was once the contract of ownership over a female changing hands between father and husband.

And now, in 2017, we find ourselves here, with our government passing the power over my own relationship and countless thousands of others, into the hands of the people.

Which is why we’re at this point here today.

The decision for a postal vote, and for my love and my marriage to be publicly scrutinised, picked apart and debated, ignites in me such an angry hunger for both what is fair and for what is right.

But truly, at this point right now, I am just so tired.

Tired of weathering this battle with a smile.

Tired of hearing lies and hatred being paraded as opinion.

I’m tired of having to prove myself as a decent human, just so my difference can be overlooked.

Trying every day to be the good guy in life so that people may overlook the fact that I’m gay.

Being polite enough to be listened to, so my views and feelings aren’t dismissed as ‘propaganda’ or irrational shrieking.

I pay my taxes. I let other cars into my lane. I smile at waiters. I do my best to keep the peace in this world.

Yet my sexuality is viewed as a ‘smear’ on my record and a reason for me, and people like me, to be treated differently.

And now this country has been awarded a power over me.

Over the futures of couple’s ready to wed, or perhaps hoping to someday soon.

So with this power, it is yours to decide whether I am your equal in the eyes of the law and society, or if one part of my life makes me your lesser.

Whether my love is worthy, or whether it should be treated differently.

My partner and I have been in love for years.

He is, quite frankly, my other half.

I could not even think about functioning properly without him.

He is everything I have ever searched for, and the happiness I feel with him goes unparalleled by anything else in my life.

So when he proposed almost eighteen months ago, the answer was a no-brainer.

And in February next year, regardless of any vote, we will be getting married.

In a place we both love, to share with people we love even more.

It is both strange and sad that the mere existence of our wedding ceremony has the ability to have some clutching their pearls.

So let me say this once:

I promise our ceremony won’t involve any other Australian having to tear up their marriage certificate,

There will be no burning of crosses or holy books,

No prejudice or exclusion,

Our day will be about love, happiness and inclusivity, no matter who you are or what you believe.

Our reception may involve some alcohol and some terrible dance moves – true – but trust that is about as shocking as it will get.

I promise that by achieving marriage equality it won’t bring down religion, it won’t make any existing marriages any less legitimate or love-filled, and it won’t cast anyone out from our society.

It won’t bring more hate into this world, or be the undoing of our country.

In fact, I feel like this is one of those rare political moments that really only brings a little more love, happiness and equality into the world.

No-one loses from this.

How could anyone lose from two happy, consenting, humans in love choosing to marry each other?

Just like giving women the vote, allowing racially diverse couples the dignity to exist publicly, or recognising that yes, there were people living in this land before 1788 – this is one of those moments that liberate a whole community without taking anything away from anybody else.

Even if you appreciate the differences in our community, but just don’t really think marriage should be shared with anyone other than a male and a female – think again about why your opinion is the way it is, and what really will change when the marriage act does.

Will it really impact your life in any way? Big, small, positive, negative or otherwise?

Yes, maybe there will be a few more wedding photos popping up on your Facebook news feed, or maybe the line in the florist or bakery will be a little longer as a loved-up couple struggle to choose a cake or floral arrangement – but will it negatively affect you and your life in any real way?

If two strangers in love threaten your marriage, your religion, or your day-to-day existence, it may not be about marriage equality at all.

And if you really just don’t want to see a ‘gay wedding’, don’t look.

Turn the page, change the channel, scroll past it.

Love will continue to thrive in this world no matter how much you stand against it.

My fiancé already asked for my father’s blessing – and now, it seems that I need to ask you for yours.

I’m not going to tell you what to do with your vote, what to think, or which side to choose – we were given freedom of thought to make up our own minds.

Just do me a favour, if you will, and give it a second thought.

You have been given the rare political power to impact the lives of so many people you will probably never meet – and whether this will be a positive or a negative impact is now in your hands.

And in this world of fear, of death, of hatred, where there seems to be endless fighting, with fingers poised over nuclear buttons…can’t we have just a little more love?

I promise it won’t hurt.

– Postal vote forms will be distributed from September 12 (today)
– If you need a new form, you’ll need to request it by October 20.
– Post your survey back by October 27.
– Results of the plebiscite will be announced on November 15, with a parliamentary vote to follow a ‘Yes’ verdict.

On Wednesday the 15th of November, 2017, 61.6% of the Australian public voted in favour of Marriage Equality. ABC’s 7:30 was there with Michael to watch the announcement…