When you’re 99.8% sure that you’re the personification of perfection, it can be hard to recognise shortcomings you may have.

But on the road to complete and utter self-love (the spiritual kind, not the five-fingered kind) and self-acceptance, there comes a time where we must learn to love ourselves for who we are – warts and all.

Whether it’s our faults, our flaws, or our failings, only once we have accepted these, can we can truly accept ourselves.

For me, I had to come to terms with the fact that I am bloody dramatic.

Not the dramatic where I pitch a fit at the drop of a hat – more that I get off on over-thinking, over-planning and over-executing far too many things in my life.

Whether it comes from reading too many books, watching too many movies, or being just a little too gay, there are certain things in my life that I can’t help but make dramatic ‘moments’.

With a personal love of James Dean and Marilyn Monroe comes with it a love for all things Hollywood, glamour, and tragedy.

I remember when I was 21 or 22, I woke in the middle of the night with the worst stomach cramps I have ever experienced. I don’t know if I was just being dramatic, but it really did feel like my stomach was being torn in half.

I was writhing around in bed, in pain I had never experienced before.

In this kind of situation, some people might have called the qualified nurse that lived in the next bedroom to offer some assistance, some may have even called an ambulance if they really felt it was that bad…

Instead, with the thought that I might actually die that night, I took my bottle of sleeping pills (nothing exciting, literally just Swisse herbal pills I got from Coles) and scattered them on my bedside table, hoping that when I was eventually found dead in my bed the next morning, I’d be the perfect picture of Marilyn – hopelessly addicted to pills and dying a glamourous, Hollywood death.

Waking up the next day in complete health was a bit of a let-down, as it dawned on me that a Hollywood death seemed to be the only way I’d ever happily go.

I can’t even get dressed without turning it into a montage scene from any Hillary Duff or Kate Hudson movie.

If there is a specific event coming up, odds are I’ve been planning my outfit for days, weeks, even months leading up to it (depending on how much notice I am given).

I’ve even planned my outfit for the day after my wedding…in 7 months’ time.

I spend my days dreaming, carefully running through my mind’s closet, checking off what pants will go with those shoes, and sweating over which white t-shirt will compliment that certain jacket best.

If I don’t yet own the outfit I want to wear, I will sketch it down and trawl ASOS until I find it’s match.

When the big day finally comes, I walk into the event, beaming with pride over my outfit, waiting for the paparazzi flashes to capture my hard work, only to realise that I’m at my aunt’s house for morning tea and I’m wearing black jeans and a grey t-shirt that may not be as interesting to my family as it is to me.

And God help me if I ever buy something new.

New shoes, new top, whatever it may be, there is no way I’m wearing anything new until I have an event at which I can debut it.

I bought a shirt in June, and didn’t take the tags off it until October when I ‘debuted’ it at an engagement party.

It doesn’t matter how empty my event calendar may be, anything new is not getting a run until the perfect moment.

My partner, bless him, has a front-row seat to this drama when it comes to his wardrobe too.

We bought him a rugby jumper and, without consulting him, I decided that it would be best for him to debut this show-stopping Gazman number at a family dinner the following week.

To my horror and utter disgust, that same afternoon as we prepared to walk the dog in the park, he thought that this would be the best time to debut his new wares, complete with track-pants and a pair of runners.

He had worn his new number before it’s official debut date, and boy did he hear about it.

Let’s just say he won’t be making that mistake again.

He is now officially dramatic by association.

Tell them to plan a wedding.

To say that I haven’t slept for the past four months is no understatement.

As soon as my head hits the pillow I am planning the font for the menu, and whether fairy lights or bulbs hanging from a string are the best form of lighting for the balcony at the reception.

What photographer should I use?

Should we release 77 white doves after we say, ‘I Do’?

Even asking my friends to be in my wedding party was a bloody circus.

My partner asked his cousin to be his best man when he was drunk, six days after we were engaged, and asked his two brothers a few weeks later whilst sitting at dinner.

I waited 6 months, commissioning handmade cards, writing letters expressing my feelings, love and undying devotion for each of these girls, finding the perfect photos of us to frame and give to them as a gift to accompany the card.

After all, if it isn’t dramatic, did it really even happen?

I wouldn’t (and probably can’t) change any of this. But in a world where it’s cool to be nonchalant, I’m more than happy to be the 25-year-old who loses sleep because I’m too excited about debuting a new pair of socks at a wedding or visiting a lavender farm later that week – but sure, maybe I could take it down a peg or ten.

Even while writing this, I have a dream about the kind of writer I really want to be.

A tortured soul, writing masterpieces on torn parchment by candlelight, drunk on red wine, in the middle of the night, listening to similarly tortured geniuses play on my vinyl player.

That’s the writer I aspire to be.

A beautifully misunderstood prodigy, producing genius work which is fated to become a Penguin Classic, all whilst battling insomnia and probably a drinking problem thrown in for good measure.

When instead, here I am tapping away on a computer, sipping a latte, sitting in the sun listening to music on an iPod in activewear looking like a Toorak mum who just dropped her kids at school. 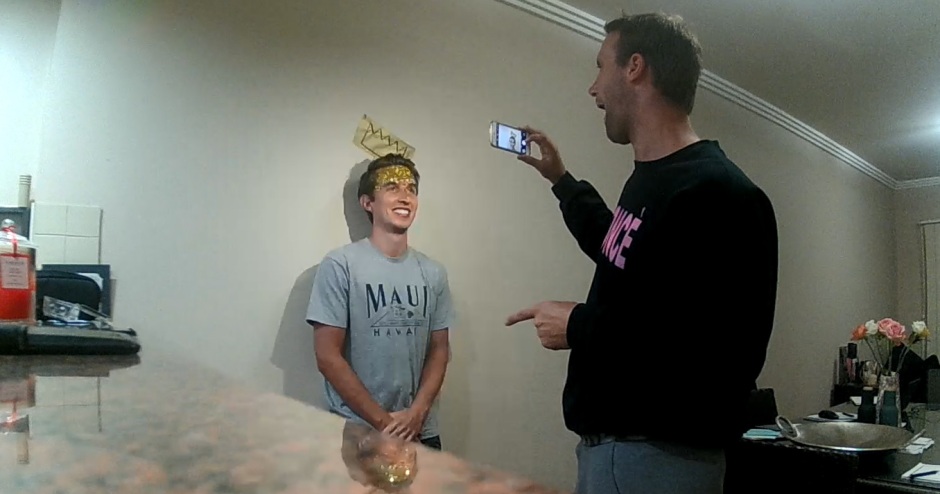 Fuck, I couldn’t even just pick a boring stock image for this piece.

iThere are no comments